The Advantages Of Mac For Web Development

The timing of our switch was decided by the fact that my old Windows based PC seemed very close to death, it literally took around 20 minutes to fully boot, starting it up everyday had become very much like warming up an old car on a bitterly cold winter’s morning. I’d known for years that the Unix roots of OS X provided some advantages over Windows when developing for Linux based hosting platforms, so I decided the time to go Mac was upon us.

An artists impression of my old Windows PC in car form.

For me, the biggest single advantage of OS X over Windows or a Linux distro such as Ubuntu is the combination of access to Adobe software such as Photoshop and Illustrator and access to a POSIX (Linux style) command line. This is a very powerful combination for a web developer who exclusively uses Linux-based hosting and open source software best run in a Linux environment.

This combination effectively gives me the key advantages of pairing Windows with Linux (if Linux could run Adobe software I’d probably try something like Ubuntu).

Having a POSIX command line may seem like a small thing, but it’s so powerful and convenient. Being able to use Linux style commands simplifies and speeds so many common development tasks.

It is possible to add a largely POSIX compliant development environment to Windows using tools such as Cygwin (which I did on my old Windows PC), but I find it much more convenient and less fiddly to have it natively supported by the OS.

OS X supports SSH natively from the command line. The terminal app even has a built-in SSH GUI, no more need for third party apps like Putty or Putty Keygen. It also comes pre-installed with Apache 2.4, PHP 5.5, Ruby and git!

I think these inclusions really illustrate the extent to which OS X is designed with web development, and software development generally, in mind.

When I was running Windows I’d often come across guides for using or installing some new development tool which were totally Mac-centric. Toward the end these guides would often say something like ‘This may work on Windows, but it hasn’t been tested’, or ‘This only applies to Mac users, Windows users please look elsewhere’. Then I’d end up spending hours trying to figure out how to make the tool run in my Windows environment - sometimes this was a huge nightmare.

The truth is for the kind of work I do - web development using predominantly open source software such as PHP, MySQL and Apache or Nginx - OS X is basically the industry standard development platform. This is largely because of the POSIX command line, which OS X shares with Linux hosting environments, and the ability to run Adobe software.

There are also a few applications which are useful in the design and development process which are developed exclusively for Mac, so it’s nice to have access to those now too.

Other advantages I’ve found since switching to Mac

Since switching to Mac I’ve also noticed a few more advantages which are less directly related to web development, but either improve my workflow or are just convenient or cool.

OS X comes bundled with some great productivity software. Pages, Numbers, Mail and Calendar work great for me and are integrated into the OS, it’s really nice to be able to use this kind of software straight out of the box.

The inclusion of built-in backup software is great and convenient. Time Machine is integrated into the OS in clever and useful ways and just makes it easy to ensure all my work is safely backed up.

Not only that, but using the built-in tools rsync and Automator, I’m able to sync any important folders to my Dropbox account automatically every night.

To complete these relatively simple tasks on my old windows PC I had to install 2 third-party programs which just added to the complexity and bloat of my PC.

This may seem kind of trivial, but since getting my iMac I’ve really been shocked at the improved clarity and colour reproduction over my old monitor, which I always thought was fine. Turns out I was wrong. There are definitely better monitors out there but the iMac screen is nice and much better than my old screen, it was nice to get a monitor upgrade at the same time as a computer upgrade.

There are undoubtedly downsides to using a Mac - increased initial cost, limited upgradability and needing to learn new UI conventions and keyboard short-cuts. Indeed my Mac is significantly less powerful than a similarly priced Windows or Linux based PC would have been. But for my situation and the kind of work I do OS X has provided numerous significant advantages over Windows and I’m very happy to have finally made the transition. I don’t think I’ll be going back any time soon. 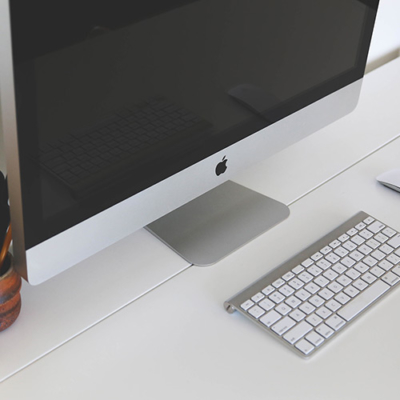 Some of my favourite PHP resources

PHP has come along way in the last few years. Gone are the days when it was all about spaghetti code and sloppy amateurs. Here are some of my favourite resources for staying on top of all the new features in PHP. 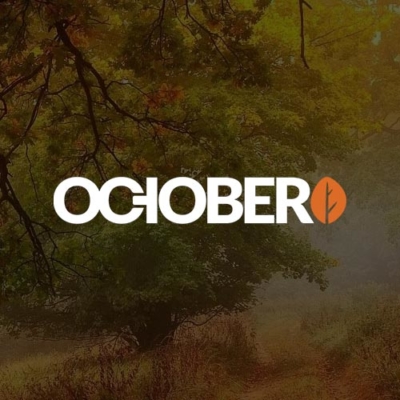 October CMS is an exciting new Laravel based CMS currently at the release candidate stage of development. Is it a viable alternative to outstanding content management systems like Craft CMS? At this point I'm not so sure.